This series of sea globes are genuine New York City souvenirs. The plastics came from the Hudson River in south Brooklyn, and the rocks are made of bituminous coal from in a landfill that closed in the 1930s at Deadhorse Bay, which now resides underwater at high tide, also in south Brooklyn. The snails are from a well-known taxidermy shop in SoHo. Overall, the sea globes are accurate representations of the waterfront environment in New York City today.

This work was created specifically for Gyre: The Plastic Ocean at the Anchorage Museum in Alaska, February 7- September 6, 2014. 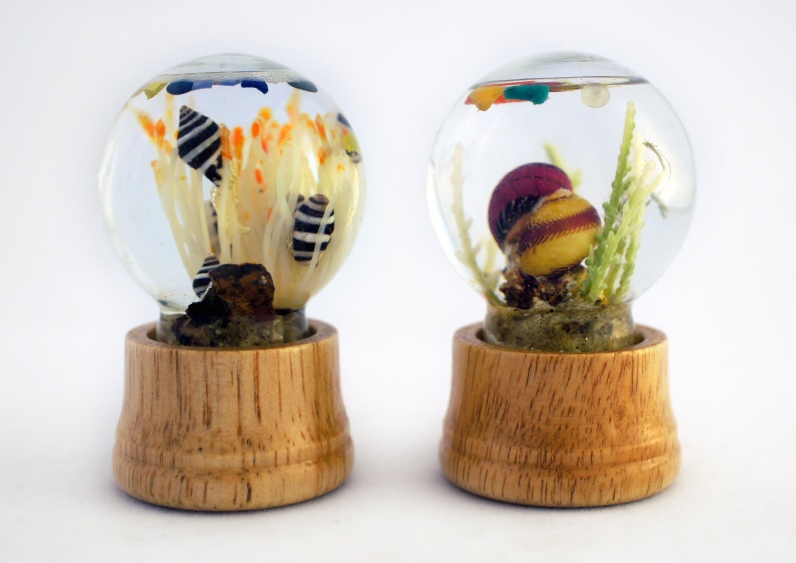