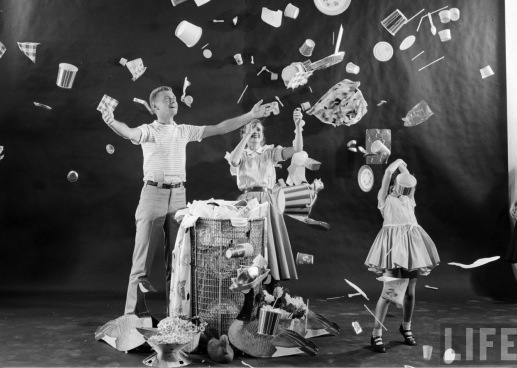 Critical Discard Studies is an emerging interdisciplinary sub-field that takes waste and wasting, broadly defined, as its topic of study. The field questions premises of what seems normal or given, and analyzes the wider role of society and culture, including social norms, economic systems, forms of labour, ideology, infrastructure and power in definitions of, attitudes toward, behaviors around, and materialities of waste, broadly defined. As its starting point, critical Discard Studies holds that waste is not produced by individuals and is not automatically disgusting, harmful, or morally offensive, but that both the materials of discards and their meanings are part of wider sociocultural-economic systems. Our task is to interrogate these systems for how waste comes to be, and our work is often to offer critical alternatives to popular and normative notions of waste. In addition to the plastic pollution projects, I am working on two other projects directly related to discard studies:

The Discard Studies Blog
This blog is designed as an online gathering place for scholars, activists, environmentalists, students, artists, planners, and others whose work touches on themes relevant to the study of waste and wasting. Originally founded by anthropologist Robin Nagle in 2010, I have been the manger and main writer of the blog since 2011. We are always looking for new perspectives: if you are interested in writing for the blog, guidelines for guest authors are here.

The Discard Studies Compendium
The Discard Studies Compendium is a list of critical key terms in the field of discard studies. In the past few years there has been both a resurgence of approaches to studying waste and wasting as well as an interest in the potential of waste to build interdisciplinary bridges of relevance to pressing questions of our time. This list is critical in the sense that it comes out of methods in the humanities and social sciences that contextualize the problems and systems that are not readily apparent to the invested but casual observer. Our task is to trouble the assumptions, premises and popular mythologies of waste. Waste and pollution are the material externalities of complex cultural, economic, and political systems, and solutions need to address these wider systems rather than fall to technological or moral fixes that deal with symptoms rather than origins of problems. The online version of the project is already live with a sample of the sort of entries for a print version. We are currently seeking additional editors and authors to collaborate with on this project. If you are interested, please contact Max Liboiron at mliboiron [at] mun.ca.