Rule of interaction: When you build something for the city, you can either have your name recorded as a founder of the city, or you can be paid $5 as an anonymous worker.

In Founder/Worker, visitors are invited to build part of a miniature New York City out of trash. Participants can them make a choice about what kind of credit they’d like for their work: cultural or monetary. They can either record their names in a book as a Volunteer Founder of the city, and their name will always be cited with this piece. Or, they can choose to be paid $5 as an Anonymous Worker. Sixty-one people left their names as Founders of the City, and nineteen people (most of them first-time wage earners under the age of ten) took money as an Anonymous Worker.

What was most interesting was how the piece began to reflect not only New York City as it is today, but New York of the past (with the World Trade Center) and how people wanted it to be (with unicorns in Central Park, vertical gardens in Chelsea, and wind turbines in Brooklyn).

The first hour of the month-long project. Just a couple of subway lines.

The second week. All pieces are made by participants. 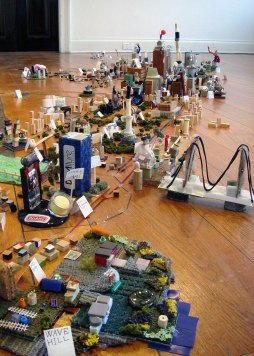 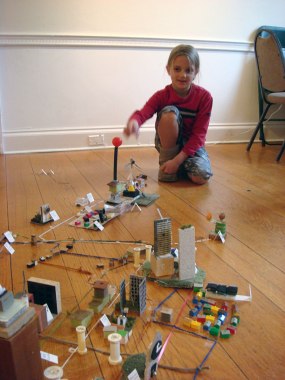 Coney Island. By Sarina Cass and others. 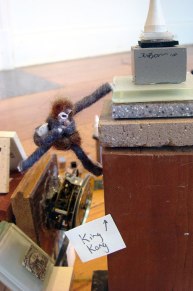 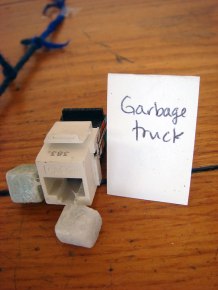